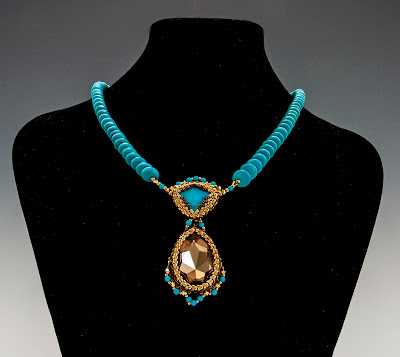 Ellen leaned back in the saddle and stretched the kinks out of her back and legs; until now, she hadn't realized just how blue the sky was, up here on the mountain. It seemed as if they'd been climbing forever; she knew her horse was feeling it, too. Time to make camp.

She smiled as she pulled the saddle off; she watched her horse shake off the sweat with a satisfied grunt. As tired as she was, she took care of her horse first; a cooling walk, a brisk curry with the sweat scraper and then they could both have something to eat and a good rest.

In the morning, when the sun rose, they'd continue; there were many more mountains ahead of them.

Posted by Cynthia Newcomer Daniel at 10:40 AM 6 comments: 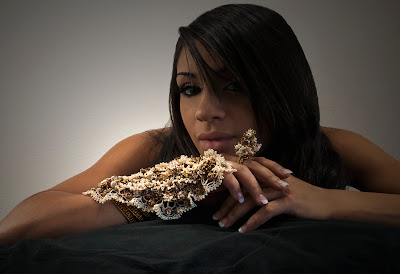 Eugenia was game for most anything, but even she had to admit that this proposition gave her pause. Did she really want to wear an exact copy of her life, a record of all her thoughts, hopes, and deeds, on her wrist for all to see? (Even worse was the idea that this copy would be created and the original scanned by the cutest pair of puppy-dog eyes she'd ever seen, on top of the nicest..."Scratch that, Geni," she warned herself; "if you go through with this, he'll see that, too.")

Realizing that this wasn't the first time those thoughts had appeared in her mind, she grinned and let herself dwell on them again. Might as well be hanged for a sheep as a lamb, she thought; the chances of anyone thinking her the least bit lamb-like were somewhere between slim and none.

Given the trouble she'd found herself in recently, it wasn't a bad idea to have a copy of her life on file. There was a pretty good chance that she might need to reboot herself one of these days. Her journey hadn't exactly been ordinary; neither were her thoughts. But still, there were some things that she'd kept private, and she wasn't sure she wanted to give that up. Of course, if the alternative was that her life might disappear as if it had never been, and there would be no way to recall her to this sphere, well, maybe it would be worth the risk.

As it turned out, she needn't have worried. As quickly as the fabric of her life was woven, it pleated itself; the bracelet became as embellished as her own life; and, in a fraction of a second, even she didn't know what was true and what she'd invented.

If you'd like to read the previous adventures of Eugenia, check out Flight of Fancy, Time and Tides and Out the Other Side.

Out the Other Side 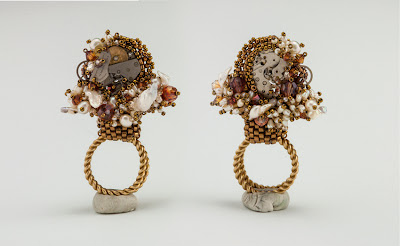 As it turned out, Eugenia had enough time to relive every moment spent with the inventor of the bubble, and quite a lot of time left over to imagine their next meeting. And the one after that. His bubble may have saved her from a watery grave, but it took its own sweet time delivering her back to dry land. But deliver her it did, and she reckoned that she'd used the time pleasantly enough.

Still and all, she wasn't above teasing him a bit when they finally did meet up again; she couldn't help asking if there were other things about him that were designed to take just as long. The look he gave her told her that there just might be a thing or two; good thing Bronwyn wasn't anywhere around or she'd never hear the end of it.

He handed her a box with a sly smile, saying how much he appreciated her testing his bubble (and not breaking it), and wondering out loud if she'd ever thought about venturing into a hotter sphere. She briefly considered throwing the box at him, unopened, but remembering how well his bubble had worked, and, given that her Flights of Fancy had been mighty erratic lately, she decided to keep it.

Slipping the ring on her finger she looked up at him and said, "Can you guarantee that things will heat up if I wear it?"

If you'd like to read the previous adventures of Eugenia, check out Flight of Fancy and Time and Tides. 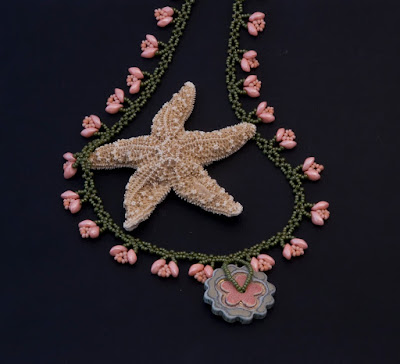 Jenna twisted her hair into a knot and tied it back, out of her eyes. Ends stuck out at odd angles, but she couldn't be bothered with that; as long as it couldn't get in her face, she was happy. Her hair was waist length, blonde, and full of split ends, but it suited her. It was easy, and she liked things like hair to be easy.

She kicked off her flip flops, stripped off her jeans and t-shirt and pulled on her wetsuit. Waving to friends who were just arriving, she picked up her board and walked toward the ocean, leaving her stuff in a pile on the sand. It would be there when she got back; it always was, and if someone needed those jeans enough to take them, that was okay, too.

She waded in, dropped her board, and paddled out to wait for a wave. 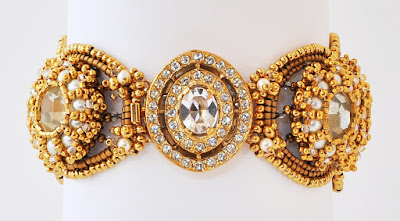 Analisa smiled as she pulled the zipper up the last few inches and fastened the hook at the top. She spun around, feeling the silk of her skirt swish and swirl around her thighs, gently caressing her skin. Holding her arms as if the man of her dreams were in them, she danced around the room; the walls fell away and candlelight replaced the harsh overhead lighting in her bedroom.

The dress was magic.

She slipped on her shoes, and fastened a bracelet around her wrist. Tonight was her night to shine; the dress promised romance, and she believed.

I've decided to start offering tutorials, so that you can tell your own stories. I hope you like making my designs as much as I've enjoyed creating them.

Cynthia Newcomer Daniel
From making lace to silversmithing, I work with a large variety of materials and like to cross over from one medium to the next.

I believe that the most interesting things happen on the edges, where one craft touches and becomes another.

I invite you to come and play on the edges with me.

Promote Your Page Too

Powered By Ringsurf
Ever wonder what I'm thinking? My friends and family do occasionally ask, and I have created a Behind the Scenes at Jewelry Tales™ blog for those of you who might like to find out where my mind goes. Click on the link below if you'd like to find out more about me. 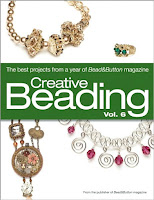 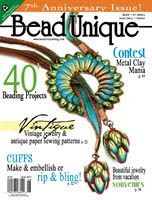 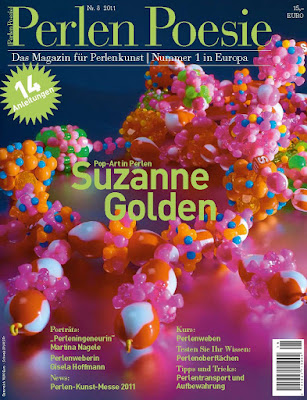 Slaying Dragons necklace in the Spring 2011 Issue of Perlen Poesie.

Rodeo Queen
Winner of Best Design Execution in the May 2010 Use the Muse Contest at The Beader's Muse. 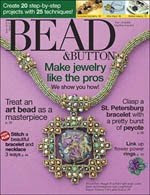 Wine Country
Winner of the Design of Distinction in the December 2009 Use the Muse Contest at The Beader's Muse.

Scarlett Sings
Winner of the Grand Prize in the March 2009 Use the Muse Contest at The Beader's Muse.